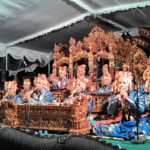 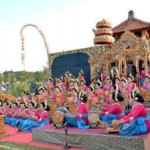 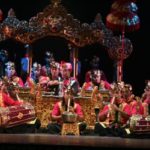 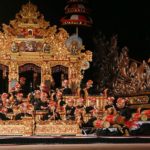 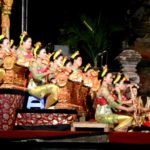 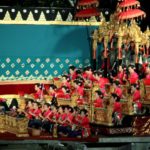 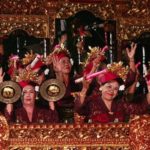 Gamelan Gong Kebyar as the art of traditional Balinese music. Based on the history written in Babad Bali, Gong Kebyar was estimated to appear in Singaraja in 1915. The village that was mentioned as the origin of Gong Kebyar appearance was Jagaraga Village in Buleleng regency which also started the tradition of Kebyar Dance. There is also other information mention that Gong Kebyar firstly appeared in Bungkulan Village, in the east part of Buleleng. Gong Kebyar art reached the top in 1925 with the arrival of Jauk dancer named I Ketut Mario from Tabanan who created a Balinese Dance named Kebyar Duduk or Kebyar Trompong.

Kebyar means ‘quick, sudden, loud’, expressions that are all characteristic for the typical, dynamic style of this type of gamelan gong music. Since its invention in North Bali in 1915, Gamelan Gong Kebyar became more popular and nowadays it is the most heard gamelan gong style in Bali.

Named by Gong Kebyar, when Gong Kebyar played for the first time it makes a tremendous shock. The people became dumbfounded and cattle were being tied in the fields and in their cages slipped and ran away. Kebyar form is one part of a Gending unity that can be in front, in the middle or at the end. This type of Kebyar Tabuh is often used in the accompaniment of dance or percussion of the rancher (instrumental). Therefore Kebyar has a very dynamic, loud nuance with one hope that with the Kebyar is able to raise the spirit. Gamelan Gong Kebyar is the most common music in Bali. You can hear and find the performance of the music of Fong Kebyar in the Temple, in the Gamelan competition in Bali, or at events such as weddings and other Hindu religious ceremonies. Gamelan Gong also becomes the musical accompaniment of Balinese Dance.