Good to Know – The Meaning of “Bija” In Hindu

“WHAT IS BIJA IN HINDUS”? 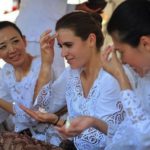 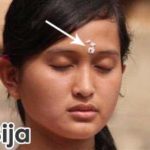 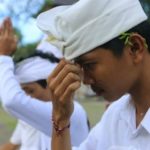 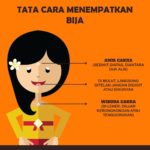 In every Hindus ceremony, the Hindus people will pray as a symbol of gratefulness to the God. There will be some offerings when Hindus people praying, such as Banten, flowers, fruits, etc. And after they finished, they will get Tirta and Bija. Might be some people (not Hindus) has a question when they see a rice in the forehead of Hindus people. “What is this?” (While they pointing the rice in the other people’s forehead). Mawija or Mabija is the last series in a prayer ceremony. Here is the detail of “What is Bija in Hindu”?

Wija (Bija) in Sanskrit is called Gandaksata which comes from words Ganda and Aksata which means whole grains and fragrant grains. Wija or Bija is usually made from rice seeds which are washed with clean water or sandalwood. Wija or Bija is the symbol of Kumara, the son of Lord Shiva. In essence what is mean by Kumara is the seed of Shiva or the character of Lord (Kedewataan Character) which is like to forgive, firm belief, noble wisdom, not jealousy, not arrogant will resides within everyone. Mawija means to develop the Siwa’s seeds in people. So it is recommended that you can use Galih rice, which is whole rice, not broken (Aksata). The scientific reason is that broken or cut rice will not grow. It seems like Bija, if the rice that uses are broken, the Lord Character will not grow up in the body and soul of Hindus people.

In developing the seeds of Shiva/Kedewataan character in the body and soul, of course, putting it also is not arbitrary. It is like growing a fruit plant. We cannot carelessly plant it in fertile soil. For example is planting a corn at the kernels of the stone or in the arid land. It will be very difficult to grow. Therefore, there is a right place to put Bija in the human body and there are rules of that. In the body that is sensitive to stimuli or touches from the outside. Examples of sound stimulation, leaves, and ear holes are the most sensitive to receive them. Skin is to receive touch. Then if Bija where should be placed in order to easily grow and develop our mundane nature. Therefore there is a rule to put Bija in the human body so that it can develop the nature of maturity/self-Siva

There are five sensitive spots to receive the stimulus of the so-called Panca Adisesa is the following points:

In general, because when praying people wearing a complete clothing, certainly not all of these points can be easily placed. So it’s quite focused on 3 points, namely:

And then the amount of Bija that must be placed in the three divisions should be a multiple of three because “three” is sacred and mystical numbers, three, six, and nine and so on. Understandably, if there is no chance to count the Bija, then it just takes for one small jump of fingertips.