The distance between Denpasar and Singaraja needed approximately 2,5 hour’s drive and will take you over the Bedugul mountains that has beautiful views of the mountain lakes and much more. There are many places to stop along the way to take pictures or have a bite to eat and of course, stop and feed the monkeys hanging by the mountain roads. In other words, it’s a great way to do some sightseeing while traveling. This journey will make you feel happy to enjoy the beautiful scenery along the way and no doubt to feel bored also. Nowadays, the government of Bali has been starting the construction of the shortcut way for Denpasar – Singaraja main line via Bedugul that make the distance between Denpasar and Singaraja can be shortened to 1.5 hours from the initial 2.5 hours. The construction of a shortcut on the Mengwitani – Singaraja road is to facilitate access from South Bali to Buleleng. This is what we called “What a good news”! 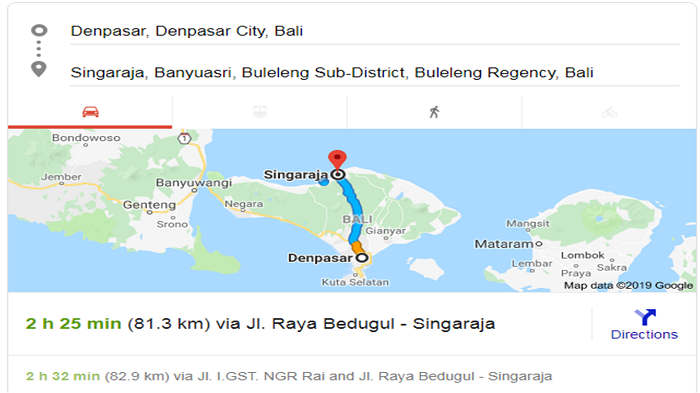 And then, how the shortcut will be? How long it will take a time for the construction? How is the progress?

Your entire question will be answered with Tropis Living and Palm Living. The progress of the construction will be updated in every progress.

Well, the new road construction project in the border city of Mengwitani – Singaraja, Bali has begun marked with a groundbreaking on the shortcut point 5-6 along the 1.9 kilometers in the Wanagiri Village – Gitgit Village, Sukasada district, Buleleng regency on Wednesday, November 14, 2018, by the Governor of Bali Dr. Ir. Wayan Koster MM. This new road is a shortcut road project from the South Bali region to North Bali. The construction of the main route shortcut Denpasar – Singaraja via Bedugul will be built with 10 Shortcut points which are as follows:

With the completion of all 10 Shortcut points in 2021, the distance between Denpasar and Singaraja can be shortened to 1.5 hours from the initial 2.5 hours.

Watch the video of the design of the shortcut on https://www.youtube.com/watch?v=tWLKH-HU1y8&t=3s