After grew up into a handsome young man, the King asked Jayaprana to marry a girl. Finally, after need a long time to found the girl, and then he found a beautiful girl named Layonsari, the daughter of a village chief. Jayaprana and Layonsari felt in love, and then by the king’s permission, the marriage of Jayaprana and Layonsari was held. After their wedding ceremony was finished, the next day Jayaprana and Layonsari went to the King to ask for his blessing. The king was really surprised when he saw the beautiful girl like Layonsari. Since that time, the King’s has a bad intention to seize Layonsari from Nyoman Jayaprana’s embrace. Then the King held a meeting with several vice regents to ask for the consideration to seize Layonsari. Then by Patih Saungguling suggestion, the King gave orders to Jayaprana to went to the west of the royal territory to exterminate the robbers.

Layonsari was very shocked to hear the news. She felt there was something strange about the incident. After did the trickery, the King tried to cheer up Layonsari and forced her to become the king’s wife. Layonsari then realizes that the people who killed her husband were The King. After that Layonsari killed herself by a King weapon. The death of Layonsari made the King felt mad, he then stabbed everyone around him. Chaos occurred, and there was a civil war that eventually annihilated the kingdom forever.

This story then becomes a dramatic love story. Now, Jayaprana’s tomb as a symbol of a husband who is so loved and loves his wife is visited by many tourists. Not only his love story able to draw the attention of many people, the position of his beautiful tomb because it has a charming sea view makes this tomb soar. When visiting Jayaprana’s grave, in addition to recalling the romantic story and loyalty of the Layon Sari, it’s also to brazen your love story with your loved ones.

With this love story and the evidence of the Jayaprana and Layonsari tombs in the middle of the Teluk Terima Forest, Sumber Klampok Village, Gerokgak District, Buleleng regency. It’s about 67 km in the west of Singaraja. It made a temple named Jayaprana Temple, located on the hill, presenting the sea view of the Gulf of Accept, the breeze that blows between the tropical trees to make the body feel fresh, after walking hundreds of meters from the highway. The crowds come with the purpose of praying during the full moon, Tilem (the dead moon) as well as other big days such as Galungan and Kuningan day. 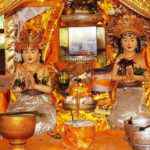 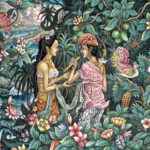 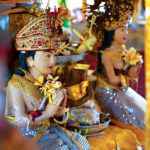 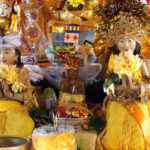 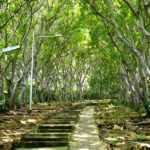 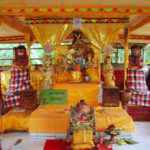