THE LITTLE MUSEUM OF ANAK AGUNG PANJI TISNA IN LOVINA 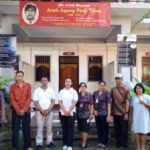 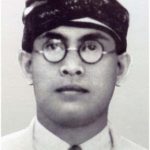 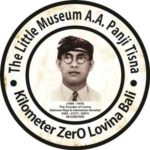 The royal palace is rich in history and is a testament to Bali’s royal lineage that dates back to more than 400 years ago. The royal line of Buleleng, Singaraja is descended from the son of Dalem Sagening, the king of Gelgel, Klungkung, Ki Gusti Anglurah Panji Sakti. He left Klungkung in order to establish a new kingdom in Den Bukit, Buleleng, North Bali. When he reached the peak of the Mountain he was thirsty, so he plunged his magic kris into the ground and water flowed from that spot. To this day, water flows from this spring making life possible for the animals and people who live at the top of the mountains range. Eventually, he settled in the Panji village, which is approximately 5 km southwest of Singaraja. After uniting Den Bukit ( Now Buleleng, North Bali ) he became King/Raja of Den Bukit and built two palaces named “ Sukasada “ just south of Singaraja and the third palace Singaraja on 30 March 1604. This was the beginning of the kingdom of Buleleng and Singaraja, the capital city of the Buleleng regency. In the mid of 19th century (1846-1849) in Buleleng and Jagaraga wars, the Dutch invaded Singaraja by brute force and destroyed the puri (palace) and deposed or killed most of the Royal family.

By 1860, the Dutch had appointed I Gusti Ngurah Ketut Djlantik of the Panji Sakti line to be a new raja of Buleleng. The young, intelligent king supported the rebellion against the Dutch in Banjar in 1868. Consequently, he was exiled to Padang, West Sumatra in 1873. In 1929, his grandson, I Gusti Putu Djlantik was appointed by the Dutch to be the regent and then Raja of Buleleng. He was known as Anak Agung Putu Djlantik. He rebuilt the Puri Agung and then along with the Dutch, founded the library of Lontar named Gedong Kirtya in front of the Puri grounds. He died in 1944 and was succeeded by his eldest son, Anak Agung Panji Tisna, who was a famous novelist and was known as the founder of Lovina tourist resorts was the last person to hold the title of King. Today, people are welcome to visit Puri Agung or Puri Gede, which has been restored due to damage from its neglect. Visitors can see a number of pictures of the Kings of Buleleng in the royal house where the King and his family used to live. In the South Eastern area, visitors can see the royal shrine (Merajan puri) and in the front area of the Puri, people can explore the Gedong Kirtya, the library of lontar and the Museum of Buleleng.