The Predominate Character Of The Cummunity In Buleleng “Buleleng Habits” 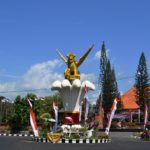 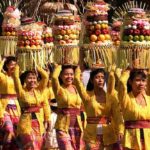 However, we are also aware that individual and group in a collective way-has a different character. To be able to educate good relationships, need to explore each other and in order to know deeper about the character of others.

Well, here is like habits but actually, this is also like a predominant character of Buleleng community that makes if other people meet or talk with Buleleng people, they will know that we are the truly Buleleng people because of these are;

Egalitarian means the sense that everyone is seen and treated equally. There is no class term.

In everyday conversations, for example, they are more likely to use the Balinese language tend to be rough (sometimes mixed with Indonesian) compared to the Balinese grammar-regardless of whoever the other person is talking to. Cai, awake, nani, kola, siga, and so on, means “you” and “me” names commonly used every day. For them this is not rude, but “familiar”. There are also “ana” (= me) and “ente” (= you) names that are only used by Buleleng people.

This is still related to its egalitarian character. In judging something that is not very principled, Buleleng people use more common-sense than certain gifts. For them, something “reasonable” is much more important than other aspects-custom and tradition for example. They do not like complicated things. Either because nothing is too rich or because of its egalitarian nature, the limit of the dichotomy of the “rich” vs. the “poor” is also relatively thin in Buleleng. Ngaben ceremony for example, yes ngaben only-there is no term “Pelebon Agung” or “The Royal Ngaben.”

Not just open-minded in conveying something. Buleleng people are also very open-minded to new values, concepts and ideas-both coming from within and from outside. You could say there is no “tenget” (= taboo) for them, as long as it makes sense. If a guy who used tattooed or blond or wearing a chain necklace like Harley Davidson’s riders, for example, it does not mean they are former thugs or members of certain mass organizations. That’s just normal, not something extraordinary.

It is perhaps this prominent egalitarian character that makes the Buleleng people tend to be a skeptics-the term “meboya” or it’s hard to make Buleleng people believe with something. Too many attribute related things. They prey on feudal things. They are Meboya against with the things that taboo. They argue against people who have positioned themselves more-either in terms of sorrow/clan, economic strata, educational strata and similar attributes.

This combination of prominent characters makes the Buleleng relatively easy to associate with any person, including any ethnic-race-nation-and-religion.